Having gotten around to the letters here are the notes I made as I read through:
XIV subject is not stated clearly at beginning – what question was asked?
XV Magical Memory – too vague and friendly – let’s get to the point!
XVI Certainly p. 9 second mind, party of the second part, not explained
XVII Do Angels cut themselves shaving? good
XVIII Secret Chiefs – very good. Clear and concise. To the point.
XIX “Occult” science – good
XX To distinguish true gold from false good – good
Incidentally, speaking of a “new electricity”, what do you think of the recent discovery that magneticism may be induced to flow like electricity?
XXX Mother Love – men are uncouth
The magical formula of man is Life – to drive out
The magical formula of woman is Death – to crush in
XXXI On having a sense of humour – to much flesh and not enough meat – all very true but not very satisfactory to someone looking for a serious answer.
I have left them in that form as first impressions are often valuable aids to correcting a fault which if we are familiar with it, would never occur to us as such. On rereading XIV it makes much better sense – but I think that it should be rewritten with a view to being more definite in what you are talking about. XV is much better but the humor is spun into froth unnecessarily. The humor is OK, just too much gadding about. Of course a great deal depends on how you intend to publish them. If it is going to be a question and answer thing then you need not be so specific in your answers, on the other hand if it is to be “a collection of fifty letters from A. C. to Soror F. Y.” then the subject matter will have to be more clearly defined. It says here. I am taking into consideration that part of the reason for writing these is to be able to give a question a proper answer – which is alright so long as it is a personal matter – but if it is to be published for general use then the problem resolves itself to either ? and ! or individual essays.

Will you want these copies back? If not would like to keep them. Have received nothing from Jack. Perhaps he is cogitating. Or vegetating. I wrote Germer a letter last night. Have initiated a rather well educated sergeant of mine to chess so am in hopes of having a playmate one of these days. I’m sending this to Aston Clinton as you haven’t written otherwise. 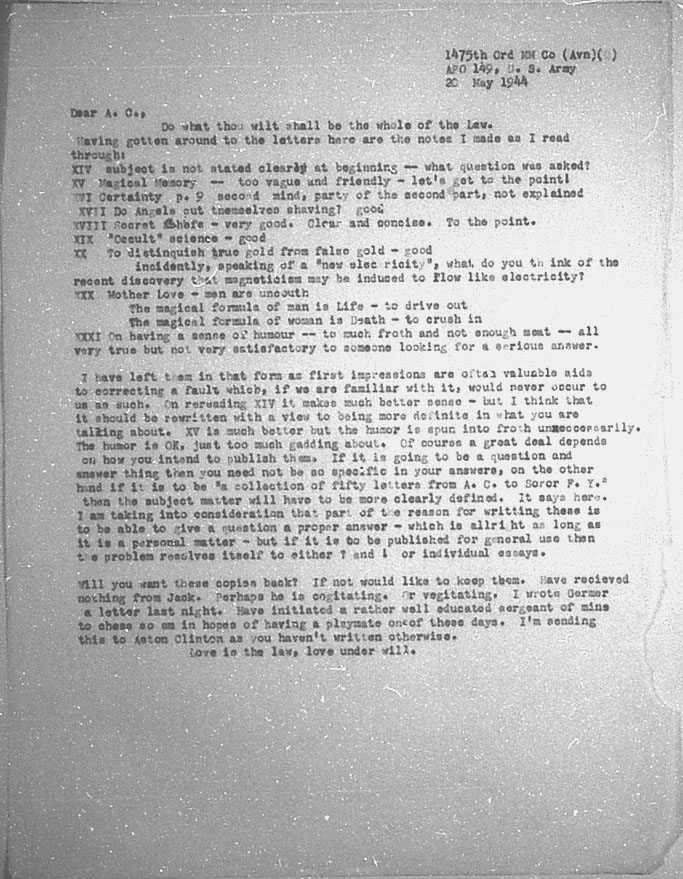 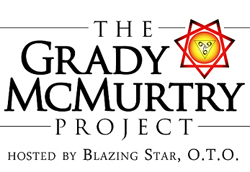